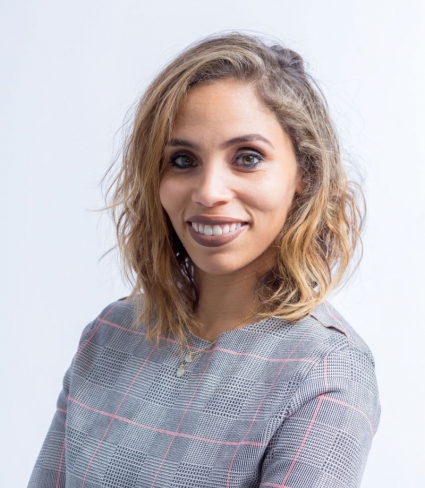 A native of Buffalo New York, Naila Ansari is a Cum Laude graduate of Point Park University’s Conservatory of Performing Arts program. She is an original and former principal dancer for the August Wilson Center Dance Ensemble, where the company was named “Top 25 Dance Companies to Watch” in Dance Magazine for the 2012-2013 season. Naila has also danced and performed works for the legendary Lula Washington Dance Theatre out of Los Angeles, CA. She has had the privilege of dancing works by Robert Battle, Kyle Abraham, Camille A. Brown, Darrell Grand Moultrie, Sidra Bell, and Trebien Pollard, to name a few. Her choreography has been set on a host of colleges and universities as well as professional theatres. Naila graduated with her MFA in Dance from the University at Buffalo with a Departmental Distinction for her thesis "The Movement of Joy." Most recently, Naila has two publications in Theatre Journal and has had her choreography performed at the Kennedy Center in Washington, D.C.  Naila’s work focuses on the performance of joy in marginalized communities through creative archived collections of oral histories, movement, performance, and film.